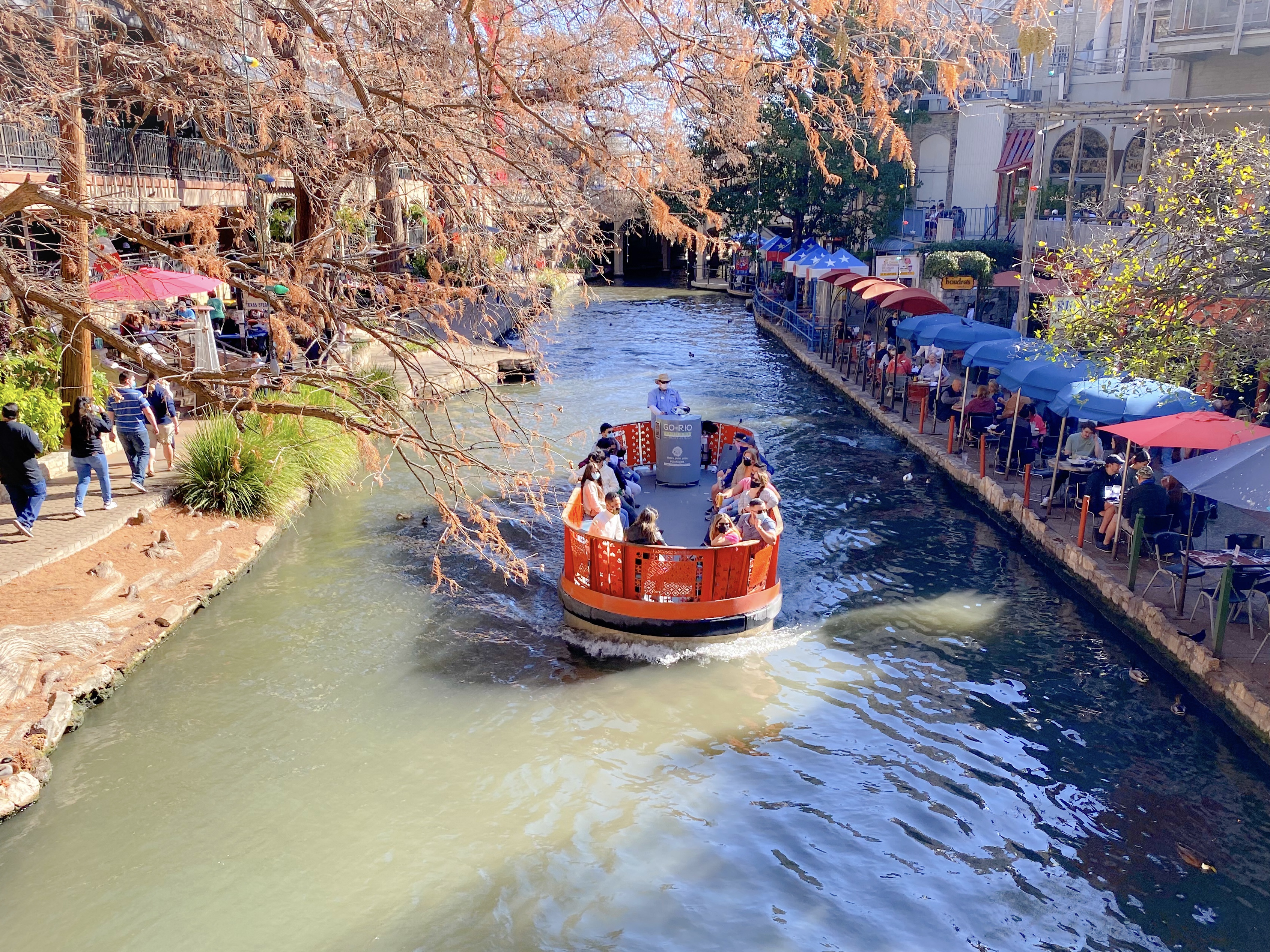 Hey y’all! Jasha here again! I wanted to share our first trip of 2019, without kids in tow, with you all. This was another last minute trip that Carrie and I took the weekend after Galveston. We love our kids, but they sure can drive us crazy sometimes ha! So, we decided to hit the road for a quick trip down to San Antonio, TX!

We found a nice hotel (again last minute) and decided to book it right away. We stayed at Hotel Indigo San Antonio-Riverwalk I love booking through Expedia.com and choosing the book now/pay later option. I love the “pay later” option especially since you’re usually able to cancel the day before check in. Being a busy mom, you never know what might come up! We almost canceled because the weather was not looking great for the weekend down there, but since we REALLY wanted a break from the kiddos, we decided to go ahead and go. And man, I’m so glad we did!

The drive down went fairly smooth. Luckily we had just missed an ice storm a few days before, so by the time we left all the roads were clear. Check out this sign though!

Needless to say, it was pretty chilly. We arrived to the hotel and check in was great! The hotel was so nice. We laughed as soon as we entered our room because it was huge and of course it was just the two of this time. The hotel was located right on the Riverwalk. The only downside was that even though it was on the water, it was a really, really long walk to the restaurants and more popular/touristy parts of the Riverwalk. I’ll touch on that more later…

After check in we decided to go exploring! Our destination was of course the Riverwalk. We left our hotel and walked right down to the river from easily accessible doors through the back of the lobby/dining area.

We were also starving at this point! So, we began walking and walking and walking. Neither of us minded but we were both glad the kids weren’t with us because it would’ve been too far for them. We ended up eating at Johnny Rockets. We had some fantastic greasy burgers that hit the spot! From lunch we headed over to The Alamo. There wasn’t a long line to get in and we were able to take a quick self-guided tour inside. Unfortunately, photography is not allowed inside of The Alamo. But we got a couple of great shots outside both during the day and at night!

After visiting The Alamo we decided to be crazy tourists and we hit up the Ripley’s Believe It or Not exhibit! It is directly across the street from The Alamo. We had a blast! We laughed and were silly and it was just what we needed! We got the pass to go into all of the Ripley’s exhibits, which included the haunted house and Louis Tussaud’s Wax Museum. I believe there were three or four total attractions. It was misting rain outside at this time so it was the perfect place to be indoors and dry! And yes, I screamed several times in the haunted house! Ha! Here a few shots of the things we did:

After we finished with Ripley’s, we needed dinner! We really just wanted to sit out on the Riverwalk and have Mexican food and margaritas, so that’s what we did! It just so happened to be The Chinese New Year weekend river parade so we enjoyed decorated boats and music and floating lanterns on the Riverwalk while we had dinner! I was too busy eating to get any pics, but Carrie got a few!

After dinner we headed to get souvenirs for the kids and took a few more pics along the River Walk and then we were ready to call it night.

It was misting again at this point and our hotel was so.far.away! It was so nice, but if you stay at Hotel Indigo you probably need to taxi or Uber closer to the main attractions. I love walking along the Riverwalk, but at night and in the rain was not fun at all. Especially without our husbands with us, the crazies come out at night! Obviously we made it back just fine and had a chance to chat on the phone with our kiddos and hubbies before putting on our pj’s and just relaxing in bed. It was nice watching The Office reruns without any interruptions!!

The hotel had a nice breakfast the next morning and then we journeyed home! It was a fast and FUN 24 hours in San Antonio and just what these tired mamas needed!

This site contains affiliate links. //Commerce or our Publishers may be compensated when you click through links on our site.